Back to all posts

Is That Ghost More Powerful Than Me? Or, Near Halloween, Our Thoughts Turn to Haunting

(This post appeared originally in 2014 but was accidentally deleted. Lots of people liked it and commented on it. Here it is again, slightly revised.)

Are spirits such as ghosts, guides, and angels more powerful than you are? 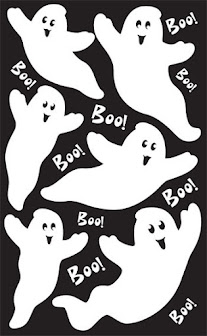 The question takes on an exciting, scary flavor around Halloween. Boo!

But it also comes up year-round, overtly or not, as I work with folks as a clairvoyant.

You may believe that any bodiless spirit that might cross your path – whether a goblin or a fairy, the ghost of a former resident of your home or your grandmother from the beyond – is more powerful than you are.

Maybe more terrifying: the feeling  that whatever haunts you from your past has a spiritual tenacity so great that it can’t be released.
The short answer is, generally, no. Spirits are not more powerful than you. Hard as it may be to believe, you the living human are the one with more capabilities and chops.

But to get to the bottom of this question, we have to start with how we feel about being physical creatures.

Most of us in Western civilization have been raised to believe in a big split between body and spirit, or matter and energy.

In most of the realms of our lives today, matter (the body) gets all the play. Matter is what matters. The main mantras: Earn money. Make your body more attractive. Keep building on and “developing” nature. Work a lot of hours so you can get bonuses and raises. And while we hear about exercising and eating right (which does lead one into more energy, and hence into more connection with one’s spirit), many people living in developed society are unable to act on this message, becoming fatter and unhealthier.

Poverty and scarcity push our noses down into focusing on matter: if you’re barely surviving, you have to pay a lot of attention to just keeping your body and your clan going. Few humans or animals want to feel deprived, ill, or uncomfortable, and in our capitalist or state-capitalist societies, we need to privately acquire modern things and money to improve our lives.

However, it is everyone in modern consumer society, not just those who are struggling, who gets the relentless message to consume, gather more things, and stay attractive – which puts matter and physicality in the foreground.

And then there’s the other side of the split: spirit. In the classic model, we must seek it in a separate space, often a type of church. Our work lives don’t involve it. Often our family lives often don’t either.

Furthermore, we generally don’t have an empowered relationship with spirit or energy or what we call the divine; instead, we must plead to our God. Or to angels. Or guides. Or to some other beings or forces stronger than ourselves. Or to their intermediaries. Many of us believe that as individuals, we can’t accomplish much with our own spirits or by working with energy. Usually, we don’t have conscious awareness of the tools to do so.
Strangely, the division between body and spirit in most of modern consumer society, even as it emphasizes the material, comes with contradictory values that can make us feel crazy. One of these is that matter is dirty and inherently inferior to spirit. An unfortunate legacy of our patriarchal belief system is the idea that the body is bad and the spirit is better.And that desire is bad and must be strictly moderated; achieving higher spirituality means renouncing the physical.

The related crazy-making belief, the foundation for the mantra of modern consumption, is the message that we’re inherently not good enough. After all, we are matter, which is inferior. To make up for it, we’re programmed to pursue, compete, acquire, and consume. Commodities and packaged experiences: yes. Just being with yourself and others: no. 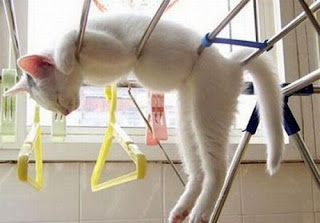 So, to recap: your body isn’t really good enough, yet you don’t have a sense of spiritual empowerment. (What does “spiritual empowerment” even mean? you may think.) That leaves you with the physicality of work and the physicality of consumption. But you never end up at a place of satisfaction. What a double-bind!
These are overly broad statements, of course. Not all of Western consumer culture conforms to this matter-focused reality – I think of joyous family and community occasions, access to the sublime supplied by music and art, how sports events can celebrate the triumphant entwining of body and spirit. Going camping, going fishing, gardening, even (just in the early days?) going to Burning Man. Having sex can give us a peek at the divine. As can spending time with our children, pets, friends. But these are all positioned as time-outs, activities on the margins of the main thrust of our modern lives.
Meanwhile, advances in both science and culture have led us to see that our bodies and our beings – our physical selves and our spiritual selves – are simply different expressions of the same essence. This alleged, influential split between matter and energy doesn’t exist.

In our era, Albert Einstein taught us that “mass and energy are both different manifestations of the same thing... E=MC2 [energy equals mass multiplied with the square of the velocity of light] showed that... mass and energy were in fact equivalent.”

It’s not a new insight. The teachings we know from Jesus, for instance, popularized that whole “kingdom of heaven is within you” thing, not to mention “He that believeth in me, the works that I do shall he do also; and greater works than these.”

In fact, all of Western philosophical thought has kept grappling with “the mind-body problem.” I like this statement by Aristotle: “It is not necessary to ask whether soul and body are one, just as it is not necessary to ask whether the wax and its shape are one… For even if… spoken of in several ways, what is properly so spoken of is the actuality.”

The actuality: you are a spirit and you have a body. You are made of heaven and earth. You are both. And most of what we see around us, as physics has taught us, is both too.
Granted, some energies convert more slowly into matter than others: think about a redwood tree, then think about solar power. One level under it all, light travels as waves, then transforms into particles we call photons. And on levels below that, well, that’s the stuff we start noticing using what we call our psychic abilities.

One way to get to know yourself as spirit is to get to know the way your spirit is organized – that is, to explore your energy anatomy. This consists, on a basic level, of your seven major chakras, those storehouses of your spiritual information, and your aura, a dynamic storybook of your evolving soul.

And you can start exploring meditation, or creating quiet space and time for you to pull in your aura from the clatter and demand all around you, drain off that clamor and extraneous stuff, and hear the silent voice inside you that feels like you. You might even say hello to whatever you know as God, and how it/she/he manifests as both energy and matter.

The next step is learning some energy tools to explore and change your experience. Get some communication from a trusted psychic or other kind of energy-worker, including instruction about using energy tools. Effective ones will help you release what haunts you and replenish your spirit and body.

You the spirit take charge of your self and your body, little by little.

All this completely changes the game of matter bad, spirit good but inaccessible, and competing with yourself and others to make up for it. Once you start thinking of yourself as a spirit in a body, you stop feeling spiritually powerless and physically incomplete. You start realizing that both aspects of yourself – spirit and body –  involve pleasure and validation, not scarcity and invalidation.  The compulsion to consume starts diminishing. The need to compete becomes weaker. Well-being for one doesn’t mean you have to squash another. You don’t even have to squash yourself.

So, back to our original question. You, a unique body energized by your unique spirit, come across the idea, or even feel the presence, of spirit guides or angels. And you naturally fall back into the bedrock Western belief system: these guides and angels are better, smarter, more capable than me. Because they’re spirit, and I’m a body, right? And spirit is inherently better, right? 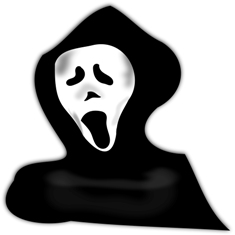 Wrong. Don’t go back to that up-down, better-worse game, in which the goal is to leave your body to access spiritual fulfillment, and spirit guides and angels are simply ahead of you on the climb toward holy bodilessness.

Spirits without bodies are not automatically higher up in some divine hierarchy. Why not?  Because you can access spiritual fulfillment while having a body. Because energy isn’t better than matter, but another aspect of it. Because the divine isn’t different from the earthly, but right here inside you and in your reach.

Most of the spirits you notice want some kind of relationship. They like that you have a body. Bodies are so useful on this planet!

That said, they're not all nice. Just like spirits in bodies, spirits without bodies anymore (or ever) come with various temperaments, abilities, histories, and values. You get to decide if, and how, you want to related to them.